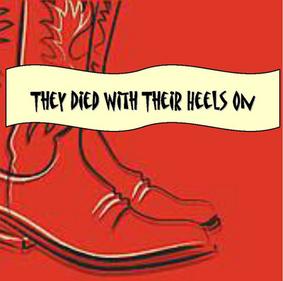 Enjoy an evening of music with these two masters of Latin American, Classical,
& Flamenco guitar in the intimate setting that is Arts Fifth Avenue.

Marcelo Berestovoy is an independent artist, musician, and music educator with a rich musical history that includes a long list of recording credits, international touring and writing with some of the biggest names in Latin music and Hollywood films.

​Born and raised in Argentina, Marcelo was exposed to different styles of music from an early age and started with the guitar at age 11, becoming a full time music student by the age of 15 in Buenos Aires where he started performing and teaching before moving to Los Angeles to further his music studies.

Marcelo was a teacher at Musicians Institute in Hollywood, CA for 11 years, has published numerous articles (in English and Spanish) in some of the major music publications and is
currently living in Dallas Texas where he performs regularly leading his band.

His masterful recordings Azulejos and Música Clásica are available on CDBaby, and he is available for live shows (including house concerts), recording sessions and guitar lessons in person and online.

Listen to the music!

​
ABOUT MIGUEL
Born in 1960 in the United States, Miguel Antonio began his musical training on piano at the age of four. By age eight Miguel was learning classical guitar and by age fifteen began performing professionally.

Miguel is also a Luthier, restoring and repairing guitars of every type as well as exotic stringed instruments from around the world.

Listen to the music!
​

The Fort Worth African American Roots Music Festival was created to deepend the history and broaden the local arts scene by sowing the seeds of a new music community, and placing Fort Worth in the vanguard bringing awareness to an often forgotten piece of America's musical history.  Come join us for a day of performances, jams and dancing with award-winning artists from around the country representing the African American past, present, and future of old time, jug band, early blues, jazz, and beyond.​ 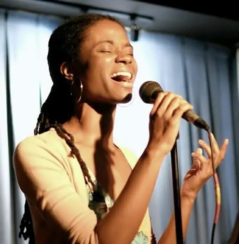 Before the west was tamed, there was a reckless area known as The Oklahoma Territory!  Men were rugged, rough and restive.  Women were pliant, pretty and kept their place.  EXCEPT IN BOOTHEEL!  In Bootheel, Oklahoma, folks took the law into their own hands.  Why, it was the “law of the gun” that ruled and nobody ruled the west meaner than Mavis Valor.  Everybody hung out a Mavis’ Hotel and Saloon.  If you didn’t like the way Mavis ran things, well there was a shallow grave out back with your name on it! 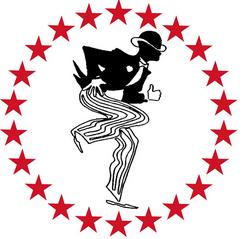 About Brandi
Brandi Pace is a singer, songwriter, multi-instrumentalist, educator and activist based in Fort Worth, TX. Born and raised in Atlanta, GA, Brandi attended Howard University in Washington, DC, where she received a Bachelor and Master of Music in Jazz Studies. At Howard she was a member of the critically-acclaimed vocal ensemble Afro Blue and shared the stage with Geri Allen, Carmen Lundy, Andy Bey, Jimmy Cobb, Nnenna Freelon, and Bobby McFerrin. After college, she relocated to Fort Worth, TX, where she began teaching music in the Fort Worth Independent School District. She is an artist-in-residence at Arts Fifth Avenue, where she teaches and performs. Brandi performs with several local groups in many styles: jazz, bossa, pop, old-time, and neo-soul. As half of the duo Pace & Barber, she has performed at the Austin String Band Festival and the Austin Friends of Traditional Music Mid-Winter Festival.

Listen to the music!

Arts Fifth Avenue has decided, for the safety of our students, artist, audience members and staff to postpone all events and classes until the
Corona Virus outbreak is under control.

We will resume and extend all classes as soon as we can.
​If you have any questions please call

Coming up On The Avenue 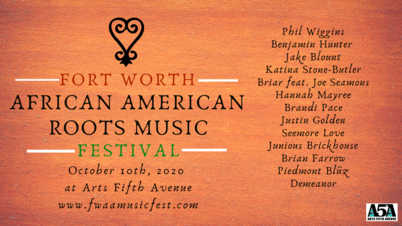 EVENTS & HAPPENINGS
Check out what's happening on the Avenue!
(Event Listings and dates subject to change.)